A look at 2022 through the experiences of Cooltorise 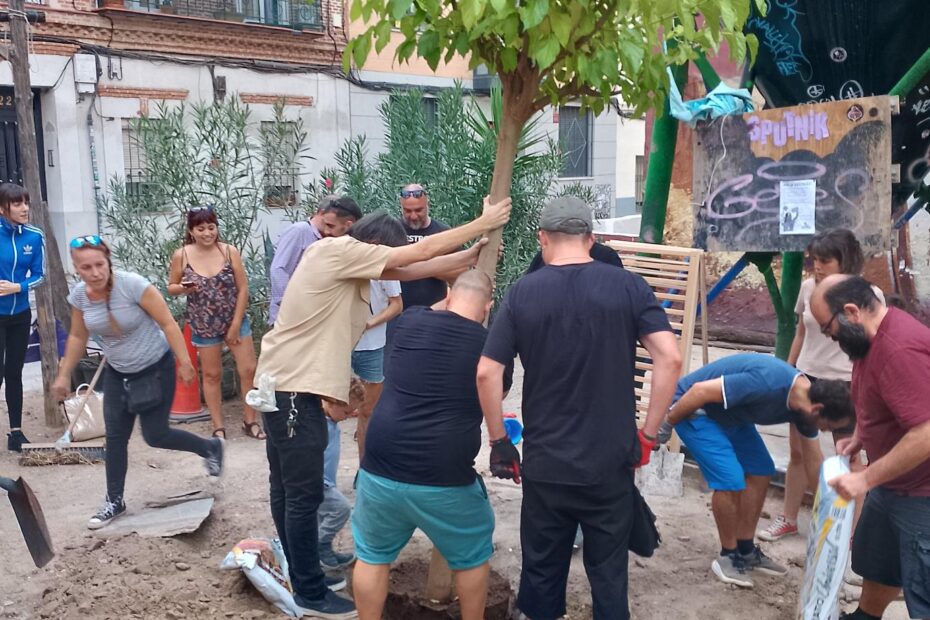 During 2022, the Cooltorise project had an important presence in Spain, reflected in the activities carried out in Madrid and Barcelona.

The first activities consisted of planning and recruiting people to be trained as Summer Energy Poverty Agents (SEPAs), whose purpose is to approach vulnerable households and carry out a series of activities to raise awareness of summer energy poverty. In Spain, a total of 85 SEPAs were fully trained and several of them participated in the first set of Cooltorise summer activities, consisting of 34 workshops offered to 389 households. In September, within the European Researchers’ Night event, Cooltorise proposed several workshops at the premises of Universidad Politécnica de Madrid, which were attended by more than 100 vulnerable households.

In Barcelona, several sessions took place during the fall in order to start the training of the SEPAs. Some people joined the training thanks to all the efforts put on ABD and Ecoserveis social media and  websites, but it was also very interesting to be able to open the door to corporate volunteering. Thanks to the synergies created with Schneider, more people were able to attend the sessions, creating a more successful environment and giving up to 10 people (for now) the opportunity to become an SEPA. The estimation is that, once this training is over (it is expected to end by february), up to 25 people will have been trained as Summer Energy Poverty Agents in Barcelona.

The workshops focused on summer energy culture covered several topics, such as thermal wellbeing, passive strategies to apply in the home, types and efficiency of appliances and usage habits. In the energy bills workshops, energy markets and energy bills were reviewed and explained to households, which helped make them more understandable. In parallel, the CoolKids workshops, which consist of playrooms for kids focused on basic strategies for saving energy at home, , were developed to facilitate the participation of single-parent households, especially women who may be responsible for childcare… In Madrid, the workshops took place in… with…

In Barcelona, the sessions were carried out in services from ABD such as the ones that took place in the neighbourhoods Raval and Glòries. Special attention needs to be focused on the positive ambience that was generated during the workshops with elderly people in the assisted homes. It is important to highlight that this public was very participative and very active, and they engaged a lot during the sessions with the content we discussed and with the tips that were given. In that sense, it is important to point out that this audience connects with some kind of previous knowledge: they explained they used to do the tips explained in their own homes, when they were younger. It is important for the project to bring back all this knowledge (that helps them be more efficient at home) and have a real impact on the citizens that attend the sessions.

In addition to the workshops, an outdoor intervention took place in Madrid in the self-managed neighbourhood space Sputnik Vallekas. The purpose of this activity was to promote collective interventions in communal courtyards to contribute to the reduction of summer temperatures, thus benefiting nearby homes with cooler air. This intervention was the result of a collaborative and co-design process between neighbours of Vallecas, the SEPAs and the Cooltorise research team from Universidad Politécnica de Madrid. This activity reached 59 households from the neighbourhood, some of which appear in the video that resulted from it.

In Barcelona, and during the summer months of July and August, a heat alarm system was implemented. Thanks to all the citizens interested in signing up in a Telegram Channel, the information was given any time a heat wave was approaching. Here’s the link to sign up. It is important to remember that, this summer, the heat waves were consecutive in Spain, so a lot was discussed on how the project could help vulnerable citizens be aware of the upcoming heat periods and prevent their consequences. Social Media campaigns were launched to promote the system and up to 40 people were subscribed to that channel.

On the presence in the Spanish media, the Cooltorise project was explained in

Finally, the Cooltorise project was explained in several Spanish media, such as beteve, where the technicians talked about the importance of summer energy poverty awareness. But also, the project was portrayed thanks to this article on how heat waves aggravate energy poverty being replicated at the Energy Poverty Advisory Hub newsletter (during the month of July).

Cooltorise was also present at international events. This project co-hosted an online session in the European Sustainable Energy Week (EUSEW) tittled “Summertime energy poverty: thinking outside of the box”. In addition,Carmen Sánchez-Guevara, from Universidad Politécnica de Madrid, participated in the EUSEW policy session “Diversifying the energy transition: gender perspective in energy poverty policies”, in which she shared with the audience how Cooltorise has incorporated the gender perspective through the CoolKids playrooms.

The UPM Cooltorise research team participated as well in the 13th International Congress on Energy Efficiency and Sustainability in Architecture and Urban Planning (EESAP) through the presentations “Rethinking summer energy poverty from the South: debates and frontiers of a forgotten issue” and “Summer energy poverty in Southern Europe: a public policy perspective“.

During 2023, we will continue with the project activities, integrating more people into our SEPAs programme, delivering more workshops for all and carrying out outdoor interventions. We hope to continue to raise awareness of summer energy poverty and to improve households’ indoor thermal habitability conditions. 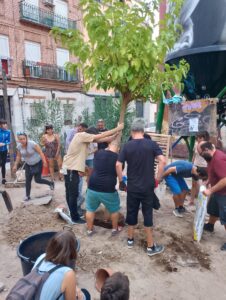 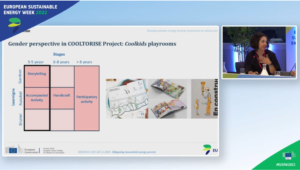 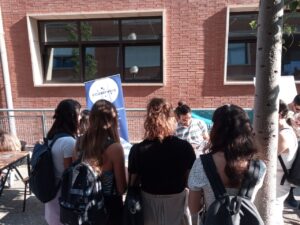 Image from the campaign to communicate the heat alert system implemented during the summer season to alert citizens. Date: July-August, 2022 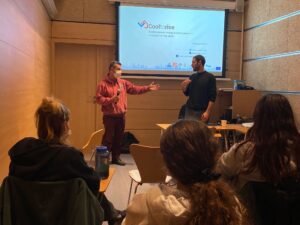 ABD & Ecoserveis during one of the training SEPAs. March 30th, 2022