Heat waves and fires in all Europe 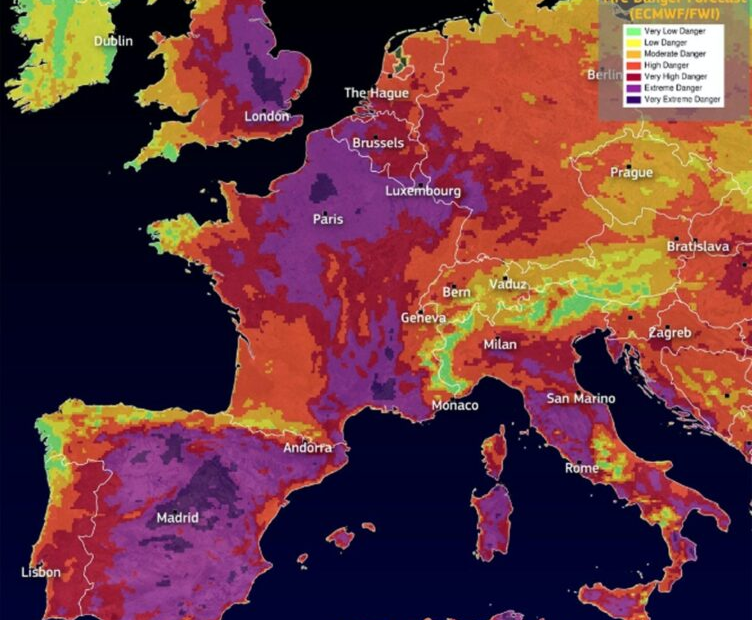 2022 can be considered one of the worst years for fire intensity. The gap with previous years can grow more and more, considering the last intense fires that have hit Western Europe. In addition to frequency, the size of the fires is also increasing,  becoming more intensive and destroying more and more hectares.

According to LIFE GATE, a benefit company considered the benchmark of sustainability, the main difference with the past years is that in 2022 the fire season started earlier. Anticipated heat waves (in some countries 40 degrees were already exceeded in the month of June) and an extraordinary winter drought made the vegetation drier and therefore more inflammable, creating perfect conditions for combustion.

Moreover, Western Europe is even characterized by strong and frequent heat waves that make the situation even more complex.

The extreme heat wave is part of a global model of rising temperatures, widely attributed by scientists and climatologists to climate change caused by human activities.

The most affected European countries are Greece, where a huge fire  has raged near Athens for two days, fuelled by strong winds. Intense fires have also occurred in Spain and Portugal.

It is clear that, on the one hand, man must take adaptation and mitigation measures to combat heat islands, particularly in urban areas, and on the other hand he must change his habits and behavior that adversely affect the surrounding environment.

This situation urged Europe to do more to tackle climate change and to adopt efficient Alarm systems. In this context, COOLtoRISE project will test and develop an Alarm system, in all of the countries involved in the project, with the goal to help the most vulnerable people in tackling heat waves and to tackle the summer energy poverty. The latter is an increasing problem that is increasing and worsening due to climate change and to the increasing of energy prices.